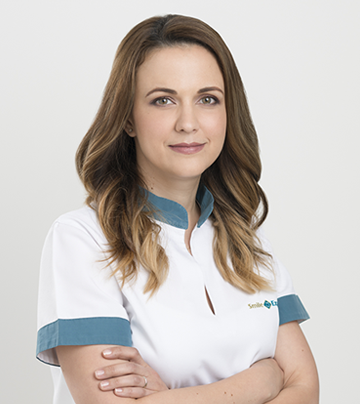 Mrs. Andreea ALEXANDRU, MD is the founder of the Smile Experts dental clinic.

She is a graduate of the Department of Dental Medicine, “Carol Davila” University of Medicine and Pharmacy, Bucharest.

She has continued her training to acquire expertise in Periodontics and Implantology.


To offer her patients the most up-to-date solutions for treating their dental problems, Mrs. Andreea Alexandru, MD actively participates to lectures, meetings, conferences and symposiums, in Romania and worldwide: